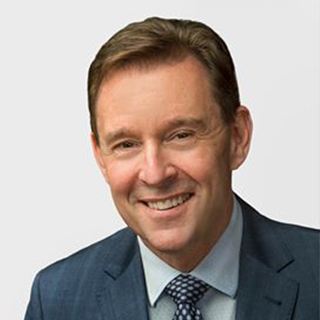 Stephen is an experienced healthcare executive who has worked in a range of roles and assumed the role of Group Chief Executive Officer, Mercy Health on 1 July 2011.

Stephen is committed to, and passionate about, providing and advancing relevant and sustainable models of care and support, particularly for those who are disadvantaged or facing adversity. For his commitment to advancing the health and aged care sector, Stephen holds an Adjunct Professor title with the Australian Catholic University and is a Pay Equity Ambassador with the Workplace Gender Equity Agency.

Prior to joining Mercy Health, Stephen held several senior executive roles in New Zealand and South Australia, having worked at provider and state policy and funding levels of the health system.

Stephen is a Non-Executive Director of Aged and Community Services Australia (ACSA) and the Global Ageing Network (formerly IASHA).

Stephen has academic qualifications from a number of universities in Australia and the University of Oxford, and with graduate qualifications is a Fellow of the Australian Institute of Company Directors. In 2016, The CEO Magazine awarded Stephen CEO of the Year and Health & Pharmaceuticals Executive of the Year.