All action at Mercy Place Parkville

Christmas came a fortnight early for a number of residents at Mercy Place Parkville with the arrival of a talented Christmas choir, Santa and his sleigh, and two television camera crews on 10 December. 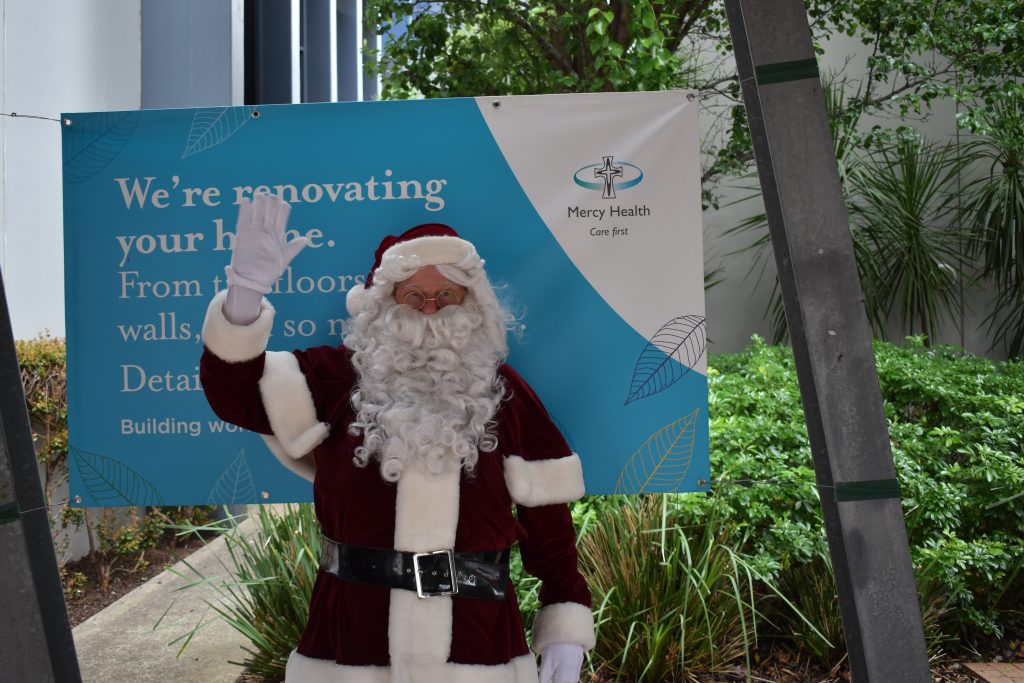 “It really had everything. The smiles on the faces of the residents and their clapping and tapping of feet said it all and the entertainment just seemed to occur out of nowhere,” says Andrew.”

“The music even attracted the interest of our neighbours and passers by who joined in the fun.” 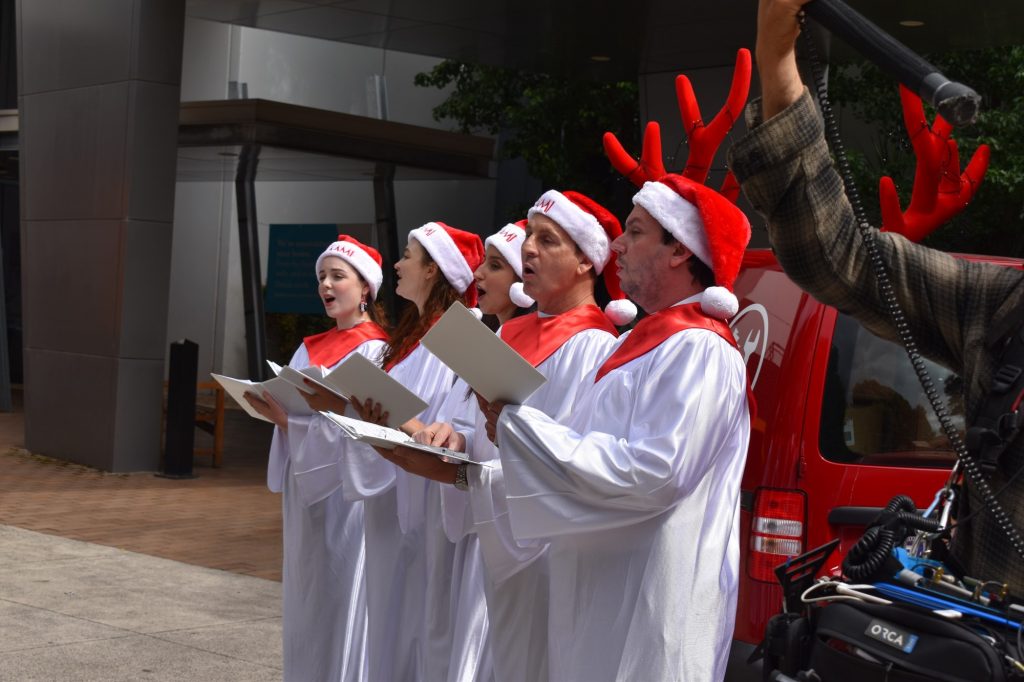 “The singers were beautiful, the carols consisted of many of our favourites and everyone was on an absolute high afterwards,” she says.

“We were also grateful for the teddy bears and other little gifts Santa’s helpers handed out at the end of the show.” 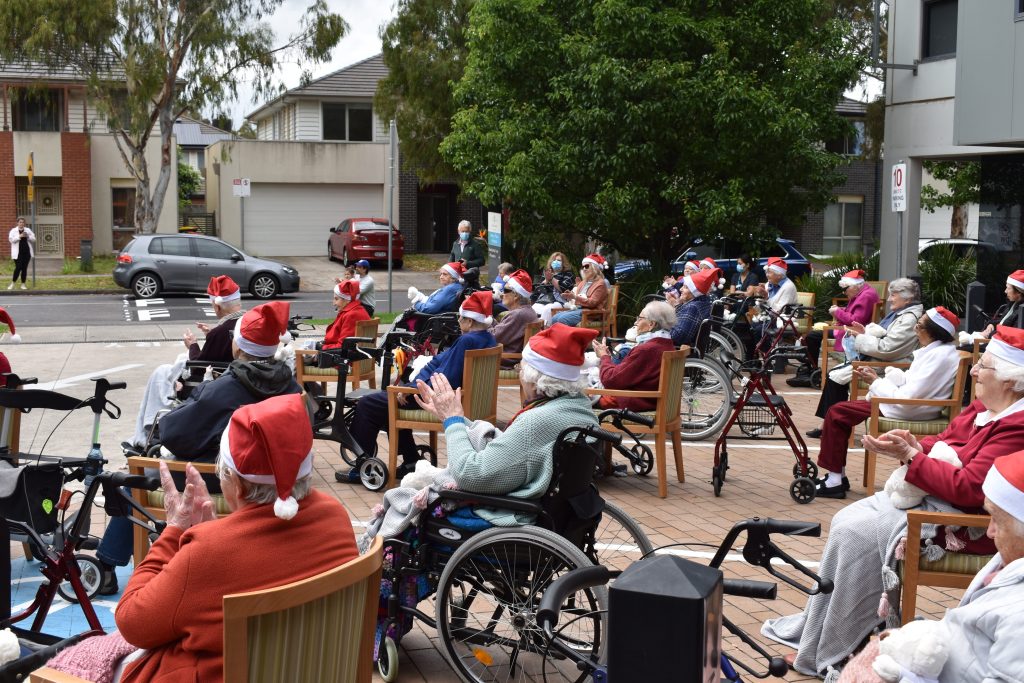 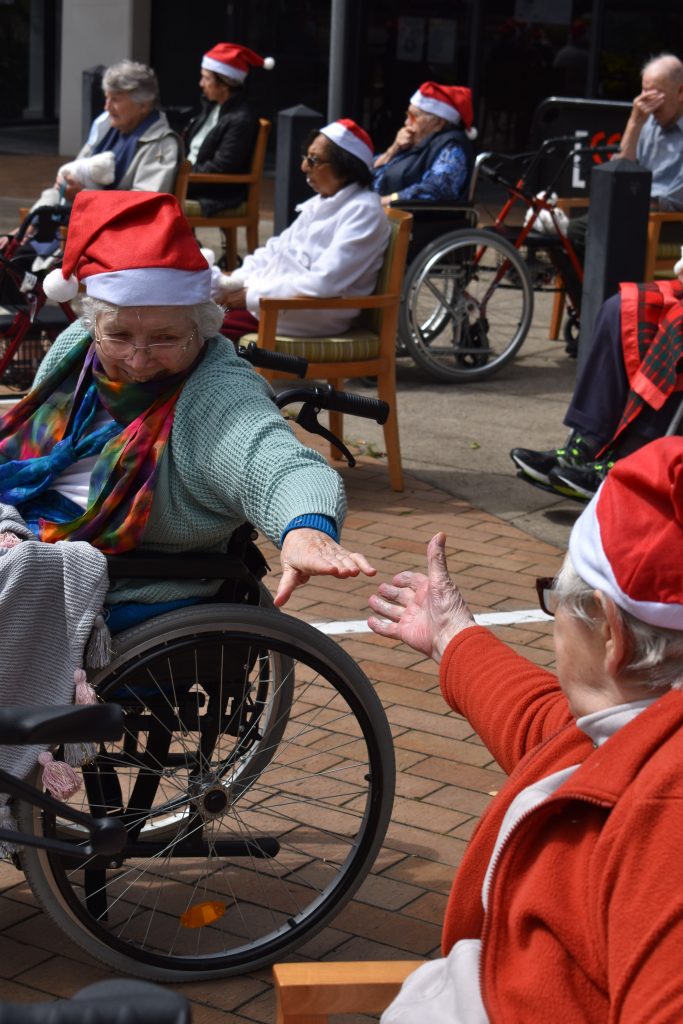 Some of the images captured by the camera crews will be shown tomorrow on Christmas Eve during the Channel 9 production of Melbourne’s iconic Carols by Candlelight, held now for many years at the Sidney Myer Music Bowl alongside the Yarra River.

Dating back to 1937, the Melbourne carols, initially broadcast live on radio, but now a two-and-a-half hour television production is telecast live and shown to all corners of Australia. The program features many of Australia’s best known music and entertainment personalities.

The Victorian Government’s Minister for Health Martin Foley and Minister for Energy and Member for Mill Park Lily D’Ambrosio this week unveiled signage at Anchorage Drive, South Morang where building of the facility will commence in the New Year. Comprising 10 residential units and four day-stay units, the project is scheduled for completion by late…

Read more A second “Early Parenting Centre,” a step closer for Mercy Health
Safe pair of hands both on and off the pitch

Safe pair of hands both on and off the pitch