​Mercy Health’s executive is responsible for the management of our health, aged care, home and community care and training services, our workforce and expression of our core values. 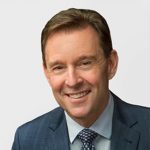 "I want to encourage leadership at every level of our organisation. Catherine McAuley founded the Sisters of Mercy favouring leadership that responded to the needs of local communities. She encouraged people to lead and fostered growth by giving people autonomy. Every person at Mercy Health is invited to take the lead, to grow and to contribute to our mission."

Stephen is an experienced healthcare executive who assumed the role of Group Chief Executive Officer, Mercy Health on 1 July 2011.

Stephen is committed to, and passionate about, providing and advancing relevant and sustainable models of care and support, particularly for those who are disadvantaged or facing adversity. For his commitment to advancing the health and aged care sector, Stephen holds an Adjunct Professor title with the Australian Catholic University and is a Pay Equity Ambassador with the Workplace Gender Equity Agency.

Prior to joining Mercy Health, Stephen held several senior executive roles in New Zealand and South Australia, having worked at provider and state policy and funding levels of the health system.

Stephen is a Non-Executive Director of Aged and Community Services Australia (ACSA) and the Global Ageing Network (formerly IASHA).

Stephen has academic qualifications from a number of universities in Australia and the University of Oxford, and with graduate qualifications is a Fellow of the Australian Institute of Company Directors. In 2016, The CEO Magazine awarded Stephen CEO of the Year and Health & Pharmaceuticals Executive of the Year. 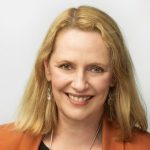 ‘I believe that a way of making God’s presence visible is through demonstrating deep compassion and care for another.’

Cathy Jenkins joined Mercy Health as Executive Director Mission Leadership in August 2021. Bringing qualifications in Arts, Theology and Leadership she has a background in both education and publishing. Cathy has worked in a variety of environments – schools, the corporate world, as a system leader in education in Melbourne and Sandhurst and as a leader of mission and evangelisation for the Archdiocese of Melbourne. Cathy believes that organisations such as Mercy Health are contemporary centres of Catholic life and is committed to continuing to build on the rich environment which supports and enables the Mercy healing ministry to flourish.

In addition to an active involvement in parish life, Cathy is a member of the Mercy Education Board, the Sandhurst Catholic Early Education and Care Board and a Member for the Plenary Council. 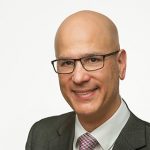 “One aspect of the rich legacy of Catherine McAuley that I find most inspiring is her regard for mercy as the 'assistance' and 'practical rendering' of God’s love. At Mercy Health, it is grounding to know that our daily efforts in compassion and hospitality, our respect for those we serve, our innovation and teamwork as stewards of the gifts we have been given to ensure our viability and sustainability, are all practical ways through which we make God’s love and care available in a real sense to those most in need.”

Felix commenced with Mercy Health in January 2020. With more than 30 years’ experience in the health service industry, he previously held senior executive positions in health and aged care services in Victoria and New Zealand, including as Chief Executive of Latrobe Regional Hospital and Dental Health Services Victoria. Most recently, Felix was the Chief Executive of Royal Freemasons Ltd.

Felix has a deep understanding of the residential aged and home care environments and is very well networked in state and federal health environments. He was a Board member of Health Purchasing Victoria since its inception and Board Chair until June 2019.

Felix has a dedicated focus on care, organisational growth and employee engagement. Experienced in service design and development planning, Felix is committed to sustainable operations, effective integration of acquired businesses and management of industry sector challenges.

Felix also has a sound understanding of Catholic ministry and mission-centred leadership, having experience in this area in his early career.

Felix is an Adjunct Associate Professor in the School of Public Health and Human Biosciences within the Faculty of Health Sciences at La Trobe University. Felix also recently completed a five-year term as Honorary Consul of the Republic of the Philippines in and for Victoria. 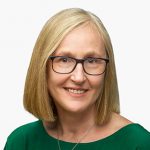 "I believe teamwork is at the centre of success and that by working together to serve others we will continue to progress the Mercy mission and achieve great things".

During her professional career Karen has held senior roles, most recently with the Catholic Archdiocese of Melbourne but also in range of not-for-profit organisations including an automobile club, healthcare, multicultural education services and an employer association as well as roles in the for-profit sector in logistics and financial services. 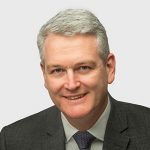 "Our Mercy heritage is one of personal compassion and hospitality leading the creation of great customer and public value. It reminds us that people and their unique stories must be at the heart of our actions."

James joined Mercy Health in 2016 after 20 years in industry, government and in corporate and not-for-profit organisations across aged care, education, mining and resources, marketing and professional services.

James has advised on public policy and marketing in health, mental health, education and early childhood development, child protection, housing, ICT and biotechnology, emergency management and youth justice. He has been a member of the national government strategy team for a global professional services firm.

James has a special interest in the role of creativity and design thinking in strategy, marketing and public policy. He is an Executive Fellow of the Australian and New Zealand School of Government. 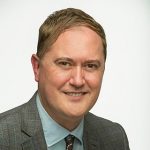 "Innovation and Teamwork are the cornerstone to Health Services success. Underpinned by courageous leadership these core values enable us to deliver consistent high quality care to our community. In striving for excellence we adopt Catherine McAuley’s view that ‘We should be shining lamps, giving light to all around us’."

Jason was appointed Chief Executive Health Services in October 2019. This role has operational oversight of Mercy Hospital for Women, Werribee Mercy Hospital, Mercy Mental Health, Mercy Palliative Care, Mercy Health O’Connell Family Centre as well as hospital services in New South Wales. Prior to this Jason was the Chief Operating Officer, Health Services, a position he had held since December 2018. Jason has a clinical background in nursing and 25 years’ experience in the Victorian public health sector across a variety of care settings. Previously he has worked at the Department of Health and Human Services and across a broad range of roles at Austin Health including the Executive Director Clinical Operations and Ambulatory Services and the inaugural Director of Cancer and Neurosciences at the Olivia Newton-John Cancer Wellness & Research Centre.

Jason believes strong consumer engagement is critical for improving better patient care and outcomes and has a passion for working with our consumers to achieve this. 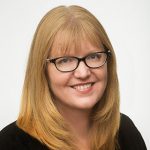 "We are living through an era of rapidly changing regulatory environments and customer expectations. Changing the way we do things will require innovation and teamwork."

Jenny commenced with Mercy Health in October 2009 and has held a number of senior positions in both finance and strategy. Jenny was appointed as Executive Director Strategy, Planning & Major Projects in February 2018. Jenny is focused on 'future beds', providing oversight for strategy, service planning, capital development, commissioning and group property. With an ambitious growth agenda and a drive for excellence, Mercy Health is actively expanding and developing our future service offerings.

Jenny has more than 20 years’ experience working across a number of industries including mining and resources, media, airlines, telecommunications, financial services and consulting. 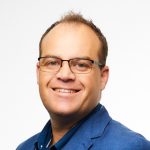 "Teamwork has played a huge role in both my career and personal life and I firmly believe in Apple founder Steve Jobs who said, 'Great things in business are never done by one person. They're done by a team of people.' By working as a team at Mercy Health we will achieve great things."

Matt was appointed to the position of Chief Information Officer in July 2020 and is responsible for the technology strategy, cyber security and privacy and for developing, implementing and supporting the information systems, functions and infrastructure of Mercy Health.

Matt has an extensive background in technology leadership roles at a number of health organisations including Healthscope, EBOS , Symbion , Mayne and Faulding Pharmacuticals. He has a strong interest in digital health and organisation improvement through technology adoption.

Matt is currently a board member of the Deakin University Cyber Security Executive Advisory Board and a member of the GS1 Healthcare User Group. 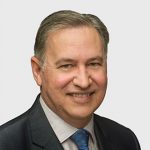 "Catherine McAuley reminds us of the importance of stewardship when she says: 'Since there is very little good can be accomplished, or evil avoided, without the aid of money, we must look after it in small as well as in great matters'"

Matthew assumed the role of Chief Financial Officer at Mercy Health in June 2018. His role involves oversight and direction of the finance and business services function of the organisation.

An accomplished senior Executive with considerable CFO and CEO experience, Matthew has a strong commercial background and demonstrated executive experience in ASX listed, private equity-backed companies and not-for-profit organisations. He has leadership experience in the fields of professional services, mining and health.

Prior to joining Mercy Health, Matthew was CFO and Head of Corporate Services of headspace, the National Youth Mental Health Foundation, from 2012 to January 2018. In addition to his CFO role, he also was the headspace Interim CEO from June 2016 to February 2017.

Matthew has a proven track record in delivering successful commercial and strategic outcomes, with expertise in all aspects of finance including accounting, treasury, government funding, and risk management. 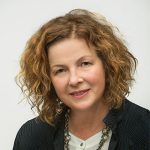 "We focus on establishing a culture of care which aligns expert clinical care with compassion and empathy and the need to be present with each person in their human experience – every person, every time".

Sharon was appointed to Mercy Health - Health Services in February 2018 as Executive Director Nursing and Midwifery for the public hospitals in Victoria and NSW. In 2019, her role was expanded to provide clinical practice and professional leadership in Mercy Aged Care Services.

Sharon has more than 20 years’ experience at executive level in public and private health services including Ballarat Health Services, Alfred Health and Epworth Healthcare. She has also had experience as CEO in a large multi-site aged care business. Sharon has expertise in clinical and corporate governance, clinical and corporate risk management, university partnership development, change management and process redesign. She has a strong interest in improving the patient/resident experience and in supporting nursing and midwifery leadership to deliver this experience.

Sharon is a Registered Nurse and Registered Midwife with a Bachelor of Nursing, Postgraduate Midwifery certificate and a Masters of Business Administration specialising in human resource management. She is a member of the Australian Institute of Company Directors, has received awards for leadership and has public and private Board experience.