Mercy Place Edgewater resident Bonnie Bartlett will celebrate her 100th birthday on Tuesday 5 June surrounded by family and friends who say the centenarian still has a sense of humour and a wonderful heart.

And in a century that’s seen two World Wars, the landing of the man on the moon, and a myriad of world-shaping events, Mrs Bartlett puts her longevity down to not drinking or smoking.

Mrs Bartlett is a born and bred West Australian, having entered the world in its most isolated city, where she spent most of her life in various outer suburbs of Perth, including Subiaco and Manning.

After finishing her schooling at Subiaco Primary School, she worked as a seamstress for many years.

She married her husband Vic during World War II, on 15 September 1942, after they met as a result of Bonnie’s brothers, with whom Vic was good friends. The couple went on to have three children, and Mrs Bartlett took up bowls in her later life, in which she excelled and won many trophies.

“Everyone at Mercy Place Edgewater likes and respects Bonnie very much and we’re all delighted that she has reached this major milestone; we’ll be making a big fuss of her on her birthday.

“Maintaining good health throughout life is a key factor when it comes to ageing well, but things like staying engaged within the community and maintaining relationships with family and friends are just as important to positive ageing, which we place a strong emphasis on at Mercy Place Edgewater.”

Mrs Bartlett will celebrate her birthday with her family — her three children Doug, Ray and Margaret – as well as her five grandchildren and 10 great-grandchildren. 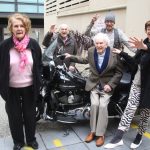 A lap in a V8 race car, Andre Rieu concert tickets and a deep sea fishing trip are just some of the items waiting to be ticked off the bucket lists of Mercy Health aged care residents and home care clients. 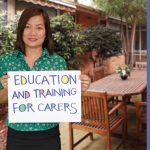 Mercy Health is leading the sector in delivering workplace-based solutions to promote gender equality and prevent violence against women.